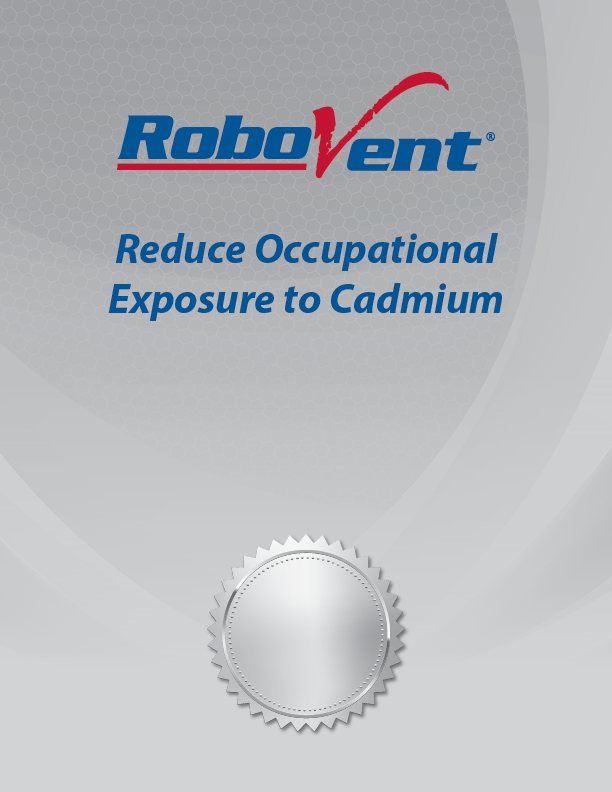 Cadmium is among the most toxic metals that workers can be exposed to in industrial environments. Are your employees at risk? Here’s what companies need to know about cadmium exposure, including health effects, OSHA regulations and mitigation strategies.

Cadmium is a naturally occurring element commonly found alongside zinc ores. Most cadmium used in industrial processes is a byproduct of zinc production. At room temperature, cadmium is a bluish-grey, soft metal. Its low melting point, natural corrosion resistance and conductivity have made cadmium highly useful for a number of industrial applications.

Some of the most common applications include:

Over the last decade, concerns about cadmium toxicity and changing regulations have prompted many industries to reduce their reliance on cadmium and look for less-toxic alternatives. Its use in battery production and coatings has declined significantly in recent years. However, there are still many workers exposed to the toxic effects of cadmium in the industries where it remains in use.

Cadmium is considered both highly toxic and carcinogenic (cancer causing). Exposure can result in both acute and chronic health impacts. Because it is not easily metabolized and eliminated by the body, it tends to accumulate in body tissues over time, especially in the liver, kidneys, muscle and bone. For this reason, cadmium is considered to be a cumulative toxin.

The body systems most impacted by cadmium exposure, both acute and chronic, are:

Acute effects of inhaled cadmium exposure include lung irritation and breathing difficulty along with flu-like symptoms that resemble the more common “metal fume fever” associated with weld fume exposure. However, with cadmium exposure, the illness can progress to pulmonary edema and chemical pneumonitis, severely restricting lung capacity. In severe cases, this can be fatal. When cadmium is ingested, it can cause nausea, vomiting, abdominal pain and diarrhea.

Chronic effects result from exposure to cadmium over time. Because of the way cadmium builds up on the body, even low levels of chronic cadmium exposure can lead to damage to body systems over time. These effects can include:

There is also some evidence that cadmium exposure may cause developmental problems in fetuses or result in higher incidence of preterm delivery when the mother is exposed during pregnancy, though more research is needed.

Because tobacco is also a significant route of cadmium exposure, the effects of occupational exposure to cadmium may be amplified in smokers.

Who is at Risk?

By far, the most common route of occupational exposure is inhalation. While some workers may be exposed to cadmium through the skin, especially when working with paints and coatings, it is believed that only a very small amount of cadmium is absorbed this way. Oral ingestion is a concern in some parts of the world where crops absorb cadmium from the soil, but is not considered a significant route of industrial exposure.

Workers most at risk for cadmium exposure are those involved in processes that heat, cut or grind cadmium-containing materials. In general, fumes created by thermal processes such as welding or electroplating are more dangerous than dust created by cutting and grinding. This is because smaller particulates produced by thermal processes are inhaled deeply into the lungs where they are more likely to be retained, cross into the blood stream and be carried to other body systems.

Processes that put workers at high risk for cadmium exposure include:

The Occupational Health and Safety Administration (OSHA) has implemented standards to protect industrial workers from cadmium exposure. There are three OSHA exposure limits that employers must observe:

PEL of 5 micrograms of cadmium per cubic meter of air (5 µg/m3) for all cadmium compounds, dust, and fumes.

For industries not subject to a SECAL, the PEL is the standard that companies are expected to adhere to. Failure to keep cadmium exposure within the PEL will result in penalties and fines. Companies should check the OSHA standards for their industry to verify the PEL or SECAL that applies to them.

The American Conference of Government and Industrial Hygienists (ACGIH) has set their own Threshold Limit Values (TLVs®) for cadmium exposure based on available scientific literature documenting the health effects. While PELs and SECALs are set by OSHA with some consideration to the technical feasibility of the limit, TLVs are set purely based on human health impact. ACGIH guidelines do not have the force of law, but if they are lower than OSHA standards, many companies prefer to aim for the lower guideline in order to provide maximum protection for their workers.

Since inhalation is the most significant exposure pathway for cadmium, controlling air quality is the most important step companies can take to reduce exposure levels. Ventilation or air filtration systems should be used to remove fumes and particulates from the air.

operate than ventilation systems, they will return significant energy savings for the facility as indoor temperature air is kept inside. They also keep cadmium and other dangerous emissions out of the environment. Filtration systems are a better choice for most companies engaged in processes that produce cadmium emissions.

Air filtration systems can be further classified as source capture or ambient.

Engineering controls, including air filtration equipment, should be used to reduce the levels of cadmium-containing dusts in the air to as low a level as is technically feasible. When PELs cannot be met any other way, PPE such as Powered Air Purifying Respirator (PAPR) systems may be used to protect workers exposed to cadmium-containing fumes and dusts. Companies in industries with higher SECAL standards due to the technical difficulty of controlling cadmium dust should consider providing PPE to workers whose exposure levels are above the ACGIH TLV.

In addition to installing appropriate air quality equipment, companies should consider other steps to reduce the levels of cadmium produced by processes and encountered by workers. For example:

Good engineering controls and industrial hygiene protocols will protect workers from the dangerous effects of cadmium exposure. They will also reduce exposure to other dangerous elements and compounds that are often concurrent with cadmium, including nickel, zinc, magnesium, manganese, hexavalent chromium and lead.