Activated carbon can be used to remove smoke, odors, gases and vapors that are not captured by an ordinary dust collector filter. The after-filter attaches to the exhaust plenum for secondary air filtration and purification. For odor control and specialty applications.

Many applications—such as recycling, waste material processing and chemical production—produce odors, vapors and gases in addition to dust. With the activated carbon after-filter, your dust collector can now take care of both. Activated carbon has long been the gold standard for control of noxious odors, volatile organic compounds (VOCs), and dangerous vapors and gases that go right through filter media designed for solid particulate.

The activated carbon after-filter is installed in the exhaust plenum after the filter chamber to collect odors, vapors and gases that escape past dust collector cartridge filter. Carbon removes a broad range of molecules through adhesion, a process in which molecules in a liquid, vapor or gas are attracted to a surface and become trapped. Activated carbon is engineered with millions of tiny micropores to increase the surface area available for adhesion. It is highly effective for removal of most odors, smells, smoke and hazardous vapors and gases. The activated carbon after-filter will ensure a safer and more pleasant environment for workers and guests. 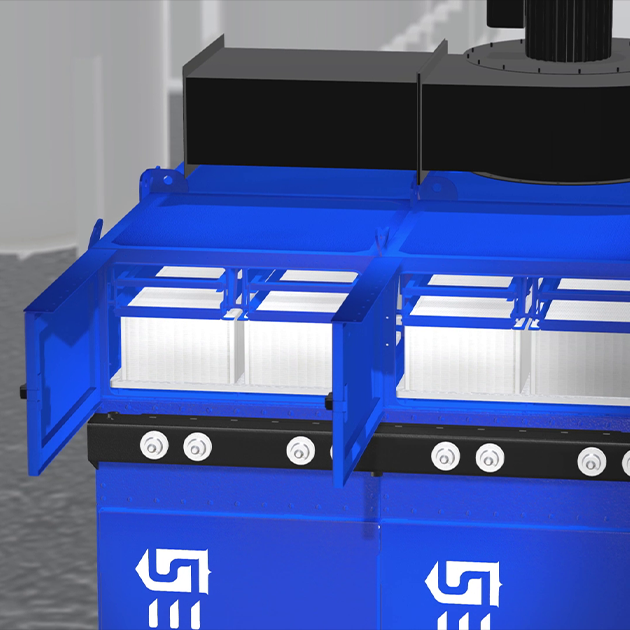