The manufacture of glass involves numerous hazards, but let's focus on the dusts created by ingredients used in the process. A handful of chemicals and a large amount of crystalline silica constitute most of the ingredients. Dusts from these substances are often very fine and can easily become airborne. Without ventilation or air filtration measures, these dusts can travel far throughout a facility. Even if these dusts are not highly visible, they can affect many workers.

Glass manufacturers need to pay more attention than ever to their air quality because of a new regulation in 2016. Regulators have determined that the previous standard for silica dust was not adequately protecting workers and have made the standard much more stringent. While meeting the new regulation could be a challenge for some employers, it is nonetheless important for protecting workers and remaining compliant. 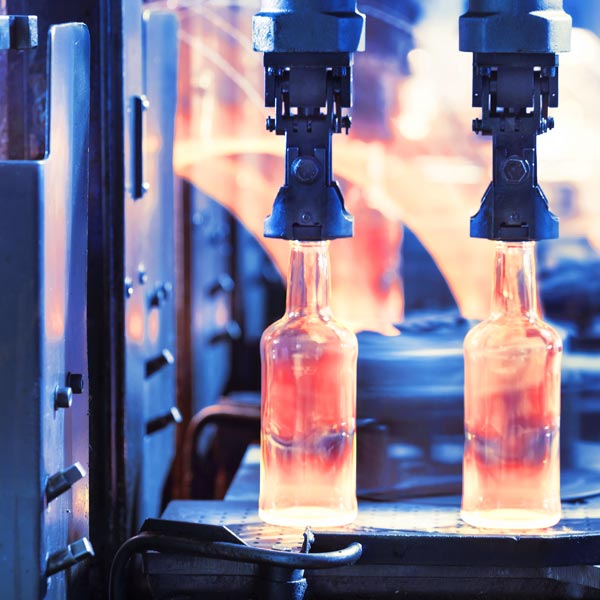 While silica seems like a benign substance—it makes up 12% of the earth’s crust, after all—its dust is dangerous if inhaled over a prolonged period. As fine particulates are inhaled, they make their way from the lungs and into the body, causing damage along the way. Even low-level exposures, if occurring over a long enough period, can cause chronic silicosis, a serious disease caused by damage to the lining of the lung sacs. Acute silicosis, caused by severe exposure, can cause the lungs to become inflamed and filled with fluid, creating a medical emergency.

Over time, silica dust wreaks havoc on the respiratory system. The dust is linked to chronic bronchitis and other diseases and is even implicated in lung cancer. Effects are not limited to the respiratory system, however—exposure is known to damage other bodily systems, most notably the kidneys.

The new rules from the Occupational Safety and Health Administration (OSHA) took effect in June of 2016, and most industries have until 2018 to comply. The rule change is causing waves within manufacturing, as factories scramble to test their air and ensure they are compliant. OSHA cut the permissible exposure limit (PEL) in half, lowering it to 50 micrograms per cubic meter of air (m/cu.m) as an 8-hour time-weighted average. The rule also outlines requirements for assessing and monitoring exposure, protecting employees, mitigation, recordkeeping and employee communication. In short, manufacturers who work with silica have a lot to do.

While the new standard seems strict, compared to the previous limit, the scientific consensus confirms its need and even suggests a stricter limit. The American Conference of Governmental Industrial Hygienists (ACGIH) recommends an even lower exposure limit for silica: 25 micrograms per cubic meter. This lower limit is not a surprise, since ACGIH guidelines are usually stricter than OSHA standards. Many leading manufacturers, however, strive to meet ACGIH guidelines.

As always, despite the challenge, it is important for a manufacturer to bring its air quality into compliance. Failure to comply could bring serious fines. It might also open an operation to other serious legal liabilities.

Because of the severity of silica dangers, manufacturers can’t settle for filtering out 80% or so of the dust, as they might when working with wood dust or other non-carcinogenic materials. With silica, a manufacturer needs to aim for removing 99.9% of the dust. RoboVent understands this kind of challenge and excels in solving it in a quick, cost-conscious way. Whether you need a source capture solution to address the dust in a single spot or an ambient capture solution to clean the air in your entire facility, RoboVent has the expertise and the equipment to solve your problems.