What is the Dust Pentagon?

The 5 Elements of a Dust Explosion

There are five required elements for a dust explosion. They are sometimes referred to as the Dust Explosion Pentagon: 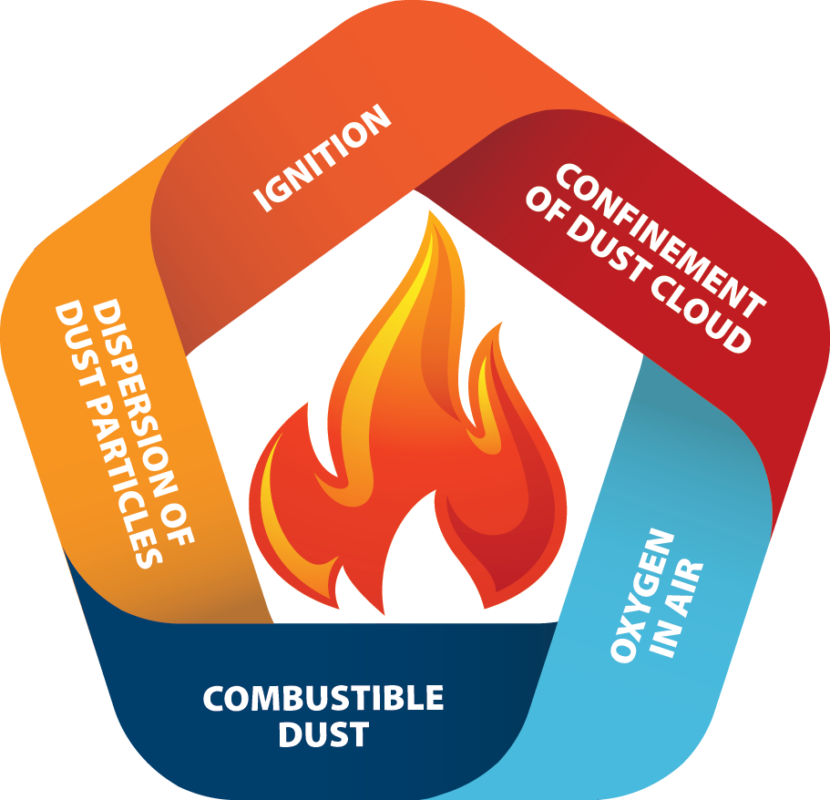 A term often used in connection with dust fires and explosions is ‘deflagration’ and is defined as combustion which propagates through a gas or across the surface of an explosive at subsonic speeds, driven by the transfer of heat. The term is used for both flash fires and explosions. With a dispersed dust cloud, deflagration can cause an unconfined flash fire or, when confined, an explosion that ruptures the containment vessel.

Combustible dust explosions often involve two explosions: primary and secondary. The primary explosion is the first to occur when dust suspension in a confined space is ignited and explodes. The first explosion will dislodge other dust that has accumulated which, when airborne, also ignites. A secondary dust explosion is often more destructive than the primary one.

Get answers from an expert now.